Get fresh music recommendations delivered to your inbox every Friday.
We've updated our Terms of Use. You can review the changes here.

God of the Wild 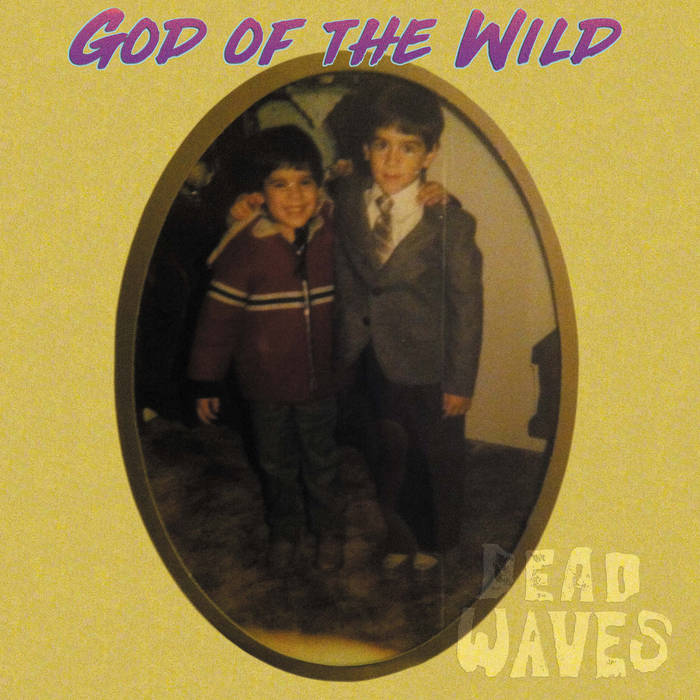 "Are you ready to expand your mind?... DEAD WAVES’ music is like life itself – Heavy, Fragile and Full of Cosmic Pain!" - CVLT Nation

"A broad soundscape somewhere between heavy psych and post-rock, notable for its lack of drums and the naturalism in the interaction between voice and instrument." - The Obelisk

“Recorded by Martin Bisi (Sonic Youth, Swans, Brian Eno) at his Brooklyn studio, BC Studio, God of the Wild is a dark, haunting experience that blurs lines between urban and rural, modern and ancient, heavy rock and fragile folk. It is Dead Waves’ sixth, and most experimental, release…Like Sonic Youth, lost in the woods, God of the Wild marries the urban intensity of classic Martin Bisi productions and a bare-bones, lo-fi approach evoking rural vistas. At times delicate and somber, at times psychedelic and raging, God of the Wild is soulful and convincing from start to finish..Nodding to their Greek heritage, the brothers Panopoulos use ancient Greek instruments (lyre, wooden flute) on certain songs, in addition to vocals, guitars, and analog synth. They call this style, “ancient future.” - New Noise Magazine

"Bridging the gap between experimental rock and some sort of unknown, barbarous folk music...The album effectively sways back and forth between these types of song forms, haunting yet melodic rock-scapes and trance-inducing forest jams. At times, one can picture Sonic Youth covering Neil Young’s iconic soundtrack for the movie Dead Man. On tracks like “Cousin of Magiic” the guitar work simultaneously invokes the woodsy black metal of Wolves in the Throne Room and the grasping melodies of Indian ragas…The interplay between the brothers’ various muses keeps things both familiar yet unpredictable, but the mood of primal catharsis though, is consistent throughout. The listener is pulled along, intellectually drawn to the experimental song forms while emotionally engaged with the sound itself. In some ways, God of the Wild sounds like the culmination of the journey the duo has been on to find their sound…” - burning ambulance

“Dead Waves is a fearsome and dynamic two-piece from New York City. Combining dark, heavy rock with experimental folk sounds, this isn’t your everyday rock group that you’re going to hear on the radio. The guys recently recorded their new ten-track full-length, God of the Wild, which saw its release last month. This is Dead Waves’ sixth and most experimental record, recorded with Martin Bisi (Sonic Youth, Swans, Brian Eno) at his Brooklyn studio, BC Studio. God of the Wild is an epic and dark adventure, at times delicate and sombre, psychedelic and raging and soulful all the way through.” - PUREGRAINAUDIO

"God Of The Wild finds its greatest strength through confidence and dedication to its vision.Dead Waves are standard bearers for independent music...God Of The Wild is an understated soundtrack to a cataclysm that may or may not have happened yet; that part is up to you. Their mix of indie rock attitude, downtempo melodies, and psychedelic introspection is a sonic harbinger of doom, but still manages to squeeze in some playful moments along the way. This record consists of ten songs where each is an intriguing facet of this diamond in the rough...There’s an air of apprehension that is pervasive throughout the entire record, underpinning the overall experience. The title track is mainly instrumental and includes guitar, flute, and bass all dancing around some unsettling vocalizations. It truly feels unhinged at times, and kept me on my toes. Dead Waves are apt at skewing atmosphere in unexpected ways. After the vocals are introduced, the irony and dissonance return, putting me ill at ease once again. I like this playful and non-traditional approach. Many indie bands try this with varying degrees of success, but this act is fully committed to defying expectations and executing their vision. I think in the hands of less skillful artists, these songs and this iron-willed dedication to eccentricity would come off as disingenuous...this isn’t a drive-through-town-with-the-windows-down kind of indie rock record that you see in Ellen Paige movies. It doesn’t wear its independence as a badge; it simply exists whether we notice it or not. I’m glad I noticed it." - Everything Is Noise

“I highly doubt they’re influenced by anything that bears close sonic relation. Thats what makes God Of The Wild such an entertaining listen!…With some many psych-rockers locking into the same comfortable formula, its more than refreshing to hear these two freaks stumbling along their own path…" - YELLOW GREEN RED

"...there's something about the way these tracks sort of just float by for a couple minutes that feels almost like a film score. It's honestley nice to be along for the ride...This is highly recommended for some director out there making a weirdo movie, but I'm not sure who else." - DECIBEL MAGAZINE

"Are you ready to expand your mind?...
DEAD WAVES’ music is like life itself – Heavy, Fragile and Full of Cosmic Pain!" - CVLT Nation